Pawn structure, in the words of IM Jeremy Silman, is “the positioning of the whole pawn mass. Also referred to as the pawn skeleton. This positioning of the pawns is what usually dictates the types of plans available in a given position due to open files, space, pawn weaknesses, etc.”

According to the Philidor quote, “pawns are the soul of chess.” I can’t say about the soul but it is definitely the skeleton inside the body of chess.

What is a good pawn structure?

Most beginning chess players do not understand pawn structures. Either they play around with their minor pieces in conflict with the pawns, often obstructing their activity, or they will push around the pawns aimlessly often to their disadvantage.

Even when they have learned the opening theory and know a bit about the regular opening formations, it is because they have memorized the opening fundamentals and do not have any specific understanding of pawn structures. This brings us to the next question…

How to understand pawn structures?

Following are the most common pawn structures. 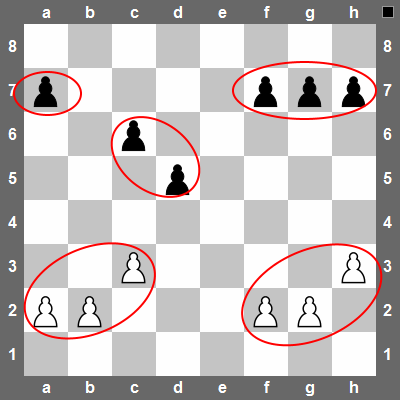 Isolated pawns are nothing but pawns that do not have any other pawns supporting them. Single pawns gone astray. In the right position, they can often determine the outcome of the game. But in the wrong position, they are considered to be a positional weakness.

In the middle game, it might not appear so but in the end game (especially in the King and pawn endgame), it becomes a liability for the player. In the image below, consider both white and black has a rook of their own. Which side do you think has a higher chance to win? 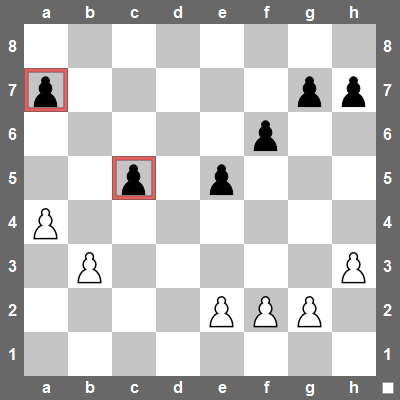 Backward pawns are those that sit behind other pawns and cannot move forward without being captured (no compensation as well!). This can be extremely weak in King and Rook endgames, especially in a semi-open file. Moreover, the opponent can place a crucial piece on the hole in front of the backward pawn to control the game. It’s nasty, trust me. 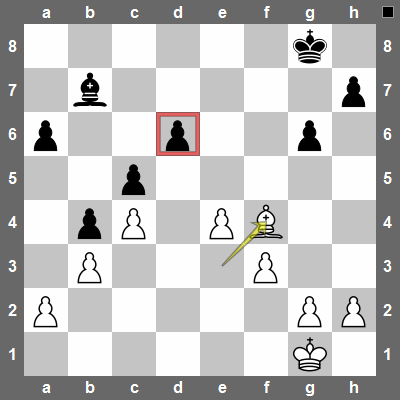 You can probably dedicate a whole chapter of a book to pawn chains. They are really that important in chess. Pawn chains are basically long, connected pawn structures where one pawn supports the adjacent pawn in the series. It resembles a diagonal and can be considered a strong defensive setup.

The pawn on the highest rank is called the head while the one on the lowest rank is called the base. The base is the weakest link and is targeted most of the time. But, it must also be said that the head, although protected and advanced, if targeted and exchanged, can create unwanted pawn islands. It’s a tricky pawn structure, honestly. 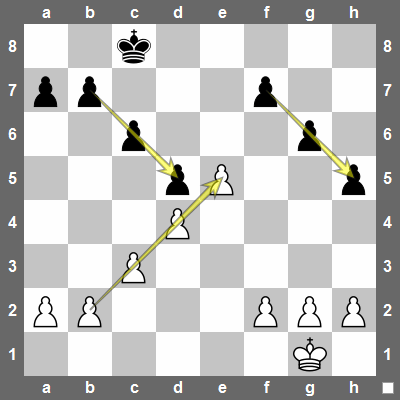 Doubled pawns occur when two or more pawns of the same color end up on the same file as in the picture below. This is probably the weakest pawn structure because neither they protect each other nor they have the ability to advance properly. This pawn structure is always vulnerable, especially in King and Rook endgames.

However, not all double pawns are bad though. Consider the endgame below. While white can probably end up on e5-square in two moves, black has to go all the way round to c3-square to capture the pawns. Yes, black is not going to do that. Hypothetically speaking, doubled pawns can make the capture harder in the King Pawn endgames. 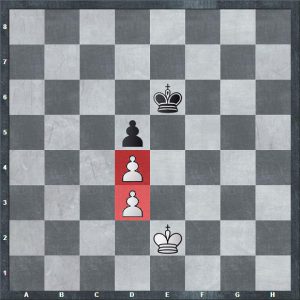 But, on the bright side, they are flexible and support each other. Provided that they are protected from malicious opposing forces, they can control multiple squares and squeeze the life out of your opponent. 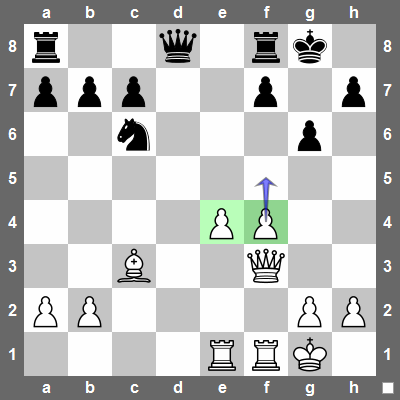 Passed pawns are pawns that cannot be stopped by your opponent’s pawns from reaching the other side of the board, that is, from getting promoted. If one wants to stop a passed pawn, he has to use a minor piece or the King to do the dirty task.

Passed pawns are super dangerous, and if and only if calculated properly, they can help you win games, even at the cost of sacrificing a minor piece. (Many grandmasters do these by the way while beginners squirm at the thought of exchanging a minor piece for a pawn.) 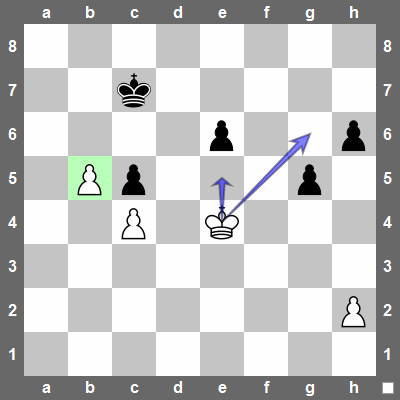 This is not a pawn structure in essence. But I included this for one reason: as with every other pawn structures, you must aim to gain a pawn majority on one side of the board if you want to enjoy a favorable endgame position. Pawn majority is nothing but having more number of the pawns than your rival on a particular side or even the center of the chess board.

It must be remembered that the side with the majority almost always wins! 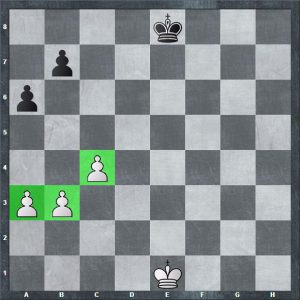 How to develop a pawn structure?

Every move you make in chess should strive to reach a favorable position. What is a good chess position? That adds potential to a material or a positional advantage.

When you push your pawns forward, you have to focus on two things.

Create the pawn structure that will give you the most favorable position. Don’t worry about the fundamentals. It does not matter. Only winning matters.

How to improve the pawn structure?

This is a tricky question to answer but I will try to answer it nonetheless. Let’s say, you have already created a big nice pawn chain. Now what?

How the heck do you improve it? Well, always remember one thing. Chess is a dynamic game and the position changes with every move a player makes.

So, don’t get stuck on a particular position (or in this case, a pawn structure). Instead, focus on the dynamics of the position. Where do the opportunities lie? What are the weaknesses? Do this for both the parties and your goal is to plug the holes and exploit the opportunities.

Three words to remember while making a move, viz. Time, space and force.

How to break a pawn structure?

Whoa! This one is BIG. How the heck do you break a seemingly invincible pawn structure? Simple, you attack the weakest link. As in pawn chains, you have to attack the bases.

Pawns are weak on their own. They do make for the framework of the position. However, they can’t do much if the position is weak.

So, look for weak squares and weak pawns. Sometimes, you do not have to break them. Your opponent will do it because he has got nothing else to do.

How to study pawn structures?

Study pawn theory as much as possible.

Play hypothetical pawn focused games with the computer or your chess partner.

Pawns are weak unless supported in a crafty way.

And you will become perfect.