King’s pawn opening, or as more commonly called the “e4 opening”, stands as one of the most popular chess openings since early times―indeed, the oldest known recorded game of modern chess, recorded as a poem in 1475, begins 1.e4.

Bobby Fischer, one of the greatest of all time, when asked about 1.e4, said, “Best by test!” and proclaimed, “With 1. e4, I win.” Sure, he won a lot of games with the King’s Pawn opening.

Does 1.e4 opening statistically have the best winning rate?

1…c5, also known as the Sicilian Defense, allowing black to thwart white’s center foray by d2…d4 on the next move.

1…e5, also known as the Open Game, allowing black to tackle d2…d4 and leads to the Italian and the Scotch games, the Ruy Lopez, the King’s Gambit and the Petrov’s Defense.

1…e6, also known as the French Defense, which does not directly challenge white’s center control but rather prepares for 2…d5 or undermines white’s pawn advances with 3…f6.

1…c6, also known as the Caro-Kann Defense, which follows the same idea as the French Defense but does not trap the light-squared black Bishop. It will probably result in …dxe4.

1…d6, also known as the Pirc Defense, with the idea of allowing white to advance its pawns in the center only to subvert it later. It can lead to the Pribyl system, Modern Defense and the Philidor Defense.

1…g6, also known as Modern Defense, following the hypermodern opening theory to get the dark-squared black Bishop to g7 attacking the center in a roundabout way.

1…Nf6, also known as the Alekhine Defense, luring 2.e5 and further pawn moves while the black Knight jumps around. The idea is to create an overextended pawn structure for white that can be undermined later.

Many popular modern openings such as the Sicilian Defence, the French Defence, and the Caro-Kann were already known back then but among them, 1…e5 was still the most favorite choice. It wasn’t until the mid 20th century that replies to 1.e4 other than 1…e5 began to increase in popularity.

As a chess player, you probably will start with the 1.e4 opening before you learn any other opening for one reason: it helps you to learn chess fundamentals.

Develop your pieces fast, control the center, castle early and so on.

An important problem that chess beginner players face is that they restrict the activity of their pieces in the beginning of the game. The aim of chess is to prepare for tactical combat. When you walk on eggshells, you are so cautious that you bring your own downfall.

When you are playing 1.e4 and 2.d4 or along these lines, you already developing your pieces for maximum movement, not restricting your King-side Bishop and the Queen. You are “opening” up the position for further play. As a beginner chess player, it is what you need the most. To hone your tactical skills, instead of trying to figure out the positional value of a move. You will see that the positional understanding will automatically come as you improve your chess tactical vision.

The King’s Pawn opening shows you how to play aggressive moves from the very beginning. (Much like the d4 or f4 openings…very tactical in nature.)

But the 1.e4 opening is certainly not without demerits.

First things first, 1.e4 opening is probably the most widely studied openings to date. Whether it is the Ruy Lopez or the Open Game, professional chess players are constantly studying the opening, checking lines and finding novelties. So, you have to be prepared to go through a lot of chess literature, my friend.

Too much chess theory is always bad when you are playing one of the most tactical and widely studied openings. Why? Because your opponent might have already prepared for the line you are thinking of playing and is there to treat you with a nasty surprise on move 14. Have you checked it? If yes, great. If not, the game might end sooner than you think.

Not to mention, 1.e4 openings lead to the Najdorf and the infamous Berlin Defense. Both of them are quite sharp and provide a lot of tactical opportunities for black. So, you are up against a tough defense and to break through that, without risking your own King, might be a challenge. Again, you have to study a LOT! 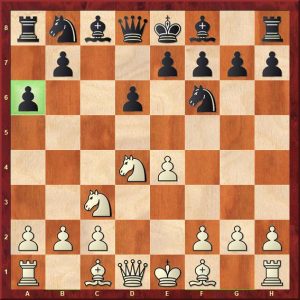 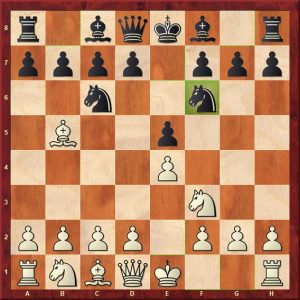 With 1.e4 opening, you just cannot be creative enough. Most lines are already analyzed by professional chess players. If a particular move is not played, it means that it is not good enough. There is a reason why tactical-minded players like Rapport, Mamedyarov or Jobava don’t play 1.e4 too often.

That brings us to the next point. You might become an expert in the King’s Pawn opening but you will be a one-trick pony. With the time you invest in learning the 1.e4 opening, will it be justified? After all, tournament games are mostly about being unpredictable and having a superior tactical vision. (People talk about positional chess but I believe, once you learn to “see” combinations, positional chess comes to you on its own.)

Instead of learning only the 1.e4 opening, add one more to your repertoire. Perhaps, 1.d4? Or maybe, Nf3? You want to learn chess fundamentals but also, keep the fun alive, right?